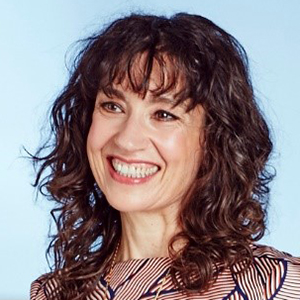 In a world that is changing faster than any of us can quite get used to, business needs people who can not only see the next change coming, but can also explain it to the rest of us.

Sue is one of these rare people. She’s a “clarifier”.

In the rapidly changing world of media, Sue has been ahead of the curve for three decades, and remains at the forefront of the industry’s evolution. She has helped advertisers such as Mars, DFS, Direct Line Group, Tesco, Merlin Entertainment,  and Sky to connect with consumers by bringing a succession of new ideas to the advertising and media industry. She set up the first strategic planning unit in a media agency, pioneered the use of Integrated Communications Planning, foresaw the dramatic shift from the age where advertising messages were “pushed” out towards consumers to the age we live in today when brands and consumers are in constant dialogue, and was instrumental in broadening the limited world of advertising into the wider world of “content”.

In a time when companies that stand still are sunk, Sue has consistently moved MediaCom forwards ahead of the competition – a crucial factor in its rise to become the number one company in its sector and the most awarded agency in the world.

Sue’s long-standing – and continuing – importance in the advertising and marketing world is shown by the fact that before taking on her current role she was named by Campaign magazine as “Top planner of the Year” on more occasions than any other individual.  She is Convenor of the 2020 IPA Effectiveness Awards.  Global head of media at Campaign, Gideon Spanier, says: “Sue has led the way when it comes to driving change and challenging stereotypes”

In her current role she drives transformation for MediaCom and their clients.

Sue has for many years transcended her natural introversion to take her place as an ad industry spokesperson  at conferences and forums. In 2016 she reached out to a wider public with the publication of her book The Glass Wall –  called the year’s most significant addition to the debate on gender diversity at work. The Glass Wall (co-authored with Pearl and Dean CEO Kathryn Jacob) is both a collection of success strategies for women at work, and an invaluable guide book for businesses that want to more successfully develop the women who work for them. The book has been featured or extracted widely in the media in the UK and abroad, including prominent features in the Times, the FT, the Daily Mail, the Mirror, Good Housekeeping, Grazia, Mumsnet, and on BBC radio. The authors have been much-requested speakers over the past few months, with over 100 talks at a range of events and venues including The How To Academy, Stylist Live, and the inaugural lecture at the London School of Economics #womenin event. Fashion icon Diane von Furstenberg praised the book for “empowering women”. Nicola Mendelsohn, Facebook’s VP for EMEA described it as “a must-read”. Martha Lane-Fox called it “fantastic”. Karen Blackett said “I wish that this book had existed when I was starting out in my career”.  And, crucially, it is helping women at all levels to survive and thrive in a work environment where gender balance still persists, because – as Charlotte Beers, former US Undersecretary of State, noted - The Glass Wall  “ allows you to find your own recipe for mastery of a meaningful work life”.

Sue has an advice column in Grazia on #winningatwork.

She blogs at www.sueunerman.com and is co-host of the MediaCom Connected Podcast.  Her first book on marketing “Tell the Truth, Honesty is your most powerful marketing tool” was published in summer 2012.  Campaign magazine called it “one of the most influential marketing books of 2012”. She was a member of the UK Government Digital Advisory Board.  Cabinet Minister Rt Hon Francis Maude MP wrote; “The advice and guidance we have received from you has been invaluable”.  She was Internationalist Magazine Agency Innovator 2012 and served on the University of Oxford Public Affairs Advisory Group. Sue is a contributing media editor to Brand Republic and sat on Oxford Today’s Editorial Advisory Board.  She was a member of the Open University Council, the OU’s Strategic Planning and Resource Committee and Women’s Aid’s Key Supporters Group.  Last year she was included in the FT Heroes list for women who have championed gender equality at work for the third year in a row, and in 2017 was designated as one of the Female Lead’s inaugural 20 in data. Drum has included her in their list of 25 women who have defined digital marketing in the last 25 years.

She is working on a new book about the next steps to achieve Diversity and Belonging at work.

(Her name is pronounced “You-ner-man”)