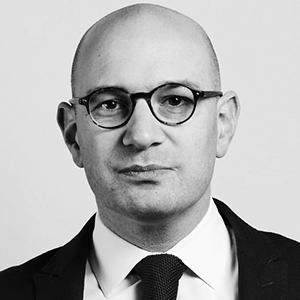 Benjamin has recently joined Samsung as their Chief Marketing Officer for Europe. Prior to Samsung Benjamin led Audi’s marketing in the United Kingdom. His campaigns were used worldwide and recognised with a Cannes Lions Gold Award and an IPA Grand Prix for marketing efficiency. Before joining Audi, Benjamin was part of the comparethemarket.com’s executive team and worked across the UK, France and Holland. At British Gas he launched a nifty little app that lets you control your home from your phone. And before that he worked for American Express in New York.

Benjamin’s personal achievements include his photography exhibition at the Tate Gallery in London and receiving the Royal Swedish Glass design award. Benjamin also volunteers as a Special Police Constable in London where he responds to emergencies.

He lives in London with his wife and is father of two young boys and a little girl. “I’m not smart,” he says modestly. “I just wear glasses.”