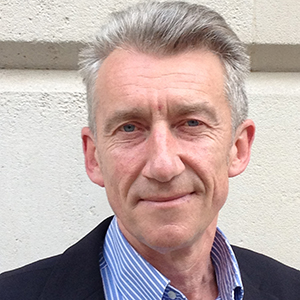 Director of Campaings and Marketing, Department for International Trade

Conrad Bird is Director of Campaigns & Marketing for the Department for International Trade and was formerly Director of the GREAT Britain campaign, based at 10 Downing Street. While at No 10, Conrad’s role was extended to include responsibility for delivering major cross-government campaigns, as well as ensuring Government spending on communications was efficient and cost-effective.

Previously Conrad worked at the Foreign & Commonwealth Office as Head of Public Diplomacy and Strategic Campaigns. He was responsible for a wide range of policies and campaigns, including soft power, the 2012 Olympics and Paralympics, and campaigns in the Middle East, Libya, Afghanistan and Pakistan.

Conrad joined the Government in 2002, initially working with the Central Office of Information on issues that included teenage drugs, consumer rights and international export. He moved to the Cabinet Office to work with the first Permanent Secretary of Government Communication as Director of Strategic Communications. Here he launched ‘Engage’, a new approach to Government Communication, and was responsible for campaigns to counter terrorism and animal rights extremism.

Before joining the Civil Service Conrad spent 18 years in advertising, working with a number of agencies on national and international business. During this time he also set up an award-winning communication consultancy which he successfully ran for eight years.