Ben Quigley, IPA Chairman, England & Wales and Group Chief Executive at Everything Different discusses the IPA's Commercial Conference and why you should join the pricing revolution.

In 1976, music fans Pete Shelley and Howard Devoto put on a performance by a then unknown band called the Sex Pistols at Manchester’s Lesser Free Trade Hall. The Pistols were the complete opposite to the prevailing stadium rock of the time, which was increasingly out of touch and disconnected from its audience. Embodying a DIY-ethic that anyone could make music, the Sex Pistols were game-changers. There were only around 50 people in the audience that day, but Devoto and Shelley were suitably inspired to start the Buzzcocks. Also there were members of the Fall, the Smiths, Joy Division and Simply Red who all went on to start their own bands. And hundreds more started bands after that inspired by them in turn. From modest beginnings, something big started. 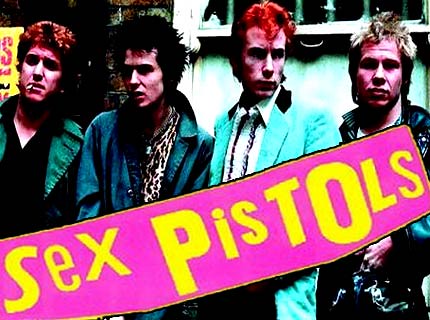 Fast-forward 40 years and just round the corner from the Lesser Free Trade Hall, the IPA Commercial Conference headed up to Manchester last week attended by 30 agency business leaders from the North West. The conference headline was ‘Join the Pricing Revolution’.

Tom Lewis, IPA Finance Director set the scene: since 1992 agency output per head (ie how productive we are) has increased by 192%. Yet in the same period, agency fees have slid backwards in the opposite direction. And if price declines, costs must too. This is a real challenge for our industry. We are obsessed with internal costs, not the value we create for clients - Input based pricing is suitable for commoditised jobs, like car mechanics, not game-changing creative ideas that transform businesses. Our historical pricing model is way behind the curve and has increasingly become a race to the bottom. The logical conclusion of this is demonstrated by Omnicom’s current negotiations with McDonalds on a so-called ‘zero-profit’ agency contract. We really need to admit we have a problem.

The IPA’s latest agency remuneration survey in May around strategic pricing, selling and negotiation was completed by a third of members. Unsurprisingly, 2/3 of agency pricing currently is cost-plus and only 20% of us train staff in strategic pricing. And the scale of the problem is demonstrated by only 23% of us considering strategic pricing to be a core agency discipline. And while 90% of us recognise that we as agencies are primarily responsible for strategic pricing, we also point the finger at clients, procurement and other agencies (‘there’s always someone who will undercut’). This should all sound very familiar. So how do we move forward?

Tim Williams of strategic pricing consultants Ignition said, ‘we are looking down the wrong end of the telescope.’ Pricing should be based on value to the buyer, not internal cost. And he’s right. When was the last time you asked Apple how many hours it took to build your iPhone? Watch more of what he said:

There is hope. Examples of game-changing, creative price disruption are everywhere: Disney has recently introduced ‘dynamic’ theme park pricing which changes according to volume demand, the weather, seasonality, queues etc. Rolls Royce no longer sells jet aircraft engines, it sells ‘uninterrupted flying time’ contracts. Tesla sells cars fitted with factory fitted features. How much you pay for a Tesla determines how many features are activated in the car when you buy it. As an industry, we have educated clients to work the way we do now. What if WE were as creative with our pricing as we are with the other stuff? What if we committed to creating a ‘Pricing Council’ in our agencies to turn to the language of ‘value’ and ‘price’ instead of the language of ‘cost’? What if we analysed which of our clients could cope with a mix of cost plus based pricing as we do now, plus output package pricing and value-based pricing for more risky projects? Increasing our prices by just 1% would increase profits by 11% on average.

A show of hands at the Manchester conference indicated a roughly 50:50 split between agency CEOs and CFOs in the audience. This was encouraging because change is going to require CEOs and CFOs working together to tackle the issue of strategic pricing. Not just with good intentions at the start of the financial year, but consistently, even when half and end of year pressures point towards chasing the cash, short-term. Everyone left the Manchester IPA Commercial Conference inspired to change the game. And just like in 1976, it really felt like a revolution had begun.