In the lead-up to our Festival of British Advertising, we are asking adland's finest to pick their top five ads from the past 100 years. In the first of the series, find out which five our Director General Paul Bainsfair gives a (Castlemaine) XXXX about...

This is from the 60s. It is one of a series of groundbreaking and witty VW ads from DDB New York. DDB was Bill Bernbach’s agency, and he famously said “advertising is about persuasion and persuasion happens to be an art not a science”. And this was when the world’s best selling book about advertising was Claude Hopkins’ Scientific Advertising. Bernbach was flying in the face of the received wisdom of the day. It was advertising like this that went on to inspire a new wave of British creativity.

Made in 1970 by CDP and directed by Ridley Scott, this is often tops the polls of favourite British ads. It’s a brilliant example of British understatement. The very definition of what Martin Boase meant when he said “If you’re going to invite yourself into someone’s living room for thirty seconds, you have a duty not to bore them or insult them by shouting at them. On the other hand, if you can make them smile, or show them something interesting or enjoyable – if you’re a charming guest – then they might like you a bit better, and then they may be a little more likely to buy your product”.

Another CDP classic from the 1970s, and directed by Hugh Hudson - this ad took my breath away when I first saw it and it definitely stands the test of time. The whole production is epic and the choice of the Figaro’s Aria from Rossini’s Barber of Seville is a masterstroke. The idea that cars could be mass-produced by robots seemed like science fiction at the time. Interesting that the march of robots and A.I. is still such a hot topic in 2017.

This is an ad that has a special place in my personal advertising history. Written by James Lowther when he and I were working at Saatchi & Saatchi together in the early 1980s, it not only won numerous creative awards but it was one of the most effective campaigns I ever witnessed. Our brief was to launch a new beer that could sell 100,000 barrels. Within two years, Castlemaine XXXX had sold two million barrels and became one of the biggest brands in the UK. 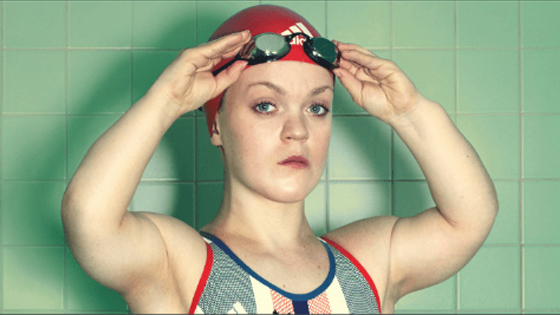 I don’t think it’s over claim to say that this 90-second TV spot changed the way people think about disability. I can’t think of a better example of the power of advertising. Forget everything you thought about Humans. Amazing.

Industry’s marketing effectiveness culture is healthy but roadmaps are key to unlocking further growth, according to new IPA agency-brand survey.