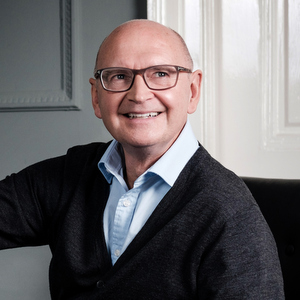 Paul Bainsfair became Director General of the Institute of Practitioners in Advertising (IPA) at the end of July 2011. Paul is a Fellow of the IPA and also a graduate of IPA Stage 5 (Professor Peter Doyle). His 34 years of agency experience began at Saatchi & Saatchi where he started as an account executive and rose to being its CEO within ten years. After successfully steering the agency through the early 90s recession and with the agency at the top of the new business league table, he left to co-found Bainsfair Sharkey Trott with John Sharkey and Dave Trott. Widely recognised as one of London’s most successful independent agencies during the 1990s, BST was eventually sold to Omnicom and merged with TBWA in 2000. He then became President TBWA Europe. This included a merger and acquisition programme; direct responsibility for 35 offices and 3,000 staff; and TBWA being named Best Global Network in 2003 and 2006. In January 2009 he joined Iris, the UK’s largest independent integrated agency, first as Partner and CEO of Iris Europe and then as Chairman of Iris Worldwide. Paul studied advertising at Watford College and is a graduate of Omnicom’s Harvard Faculty Leadership Programme. He describes himself as an adman and a farmer. He is married to Sophie and has three children, Bruno, Ted and Phoebe. They live in Holland Park and Wiltshire.